The 2011 story of a squirrel in Théding: 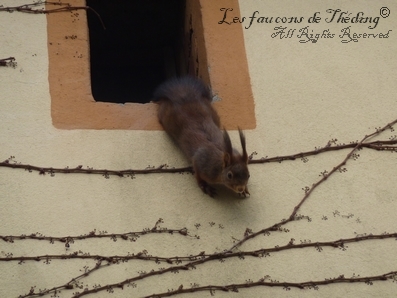 A red squirrel elected home in a "niche" usually occupied by kestrels. 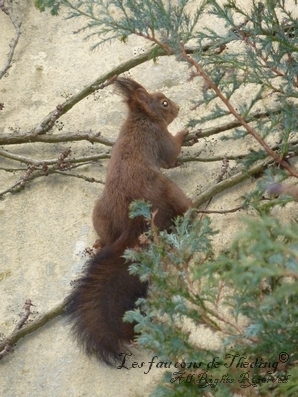 The squirrel on the wall

The squirrel accesses the nest thanks to the climbing ivy that grows on the wall of the house. 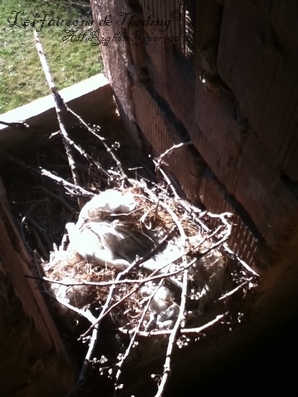 Nest of the squirrel

A nest was built by the squirrel.