The 2009 story of the kestrel in Théding: 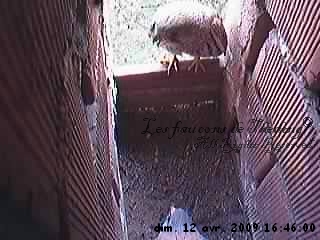 The female on the perch, and the male in the nest. In general, it is the male which chooses the nest by attracting the female with prey that it offers. (12/04) 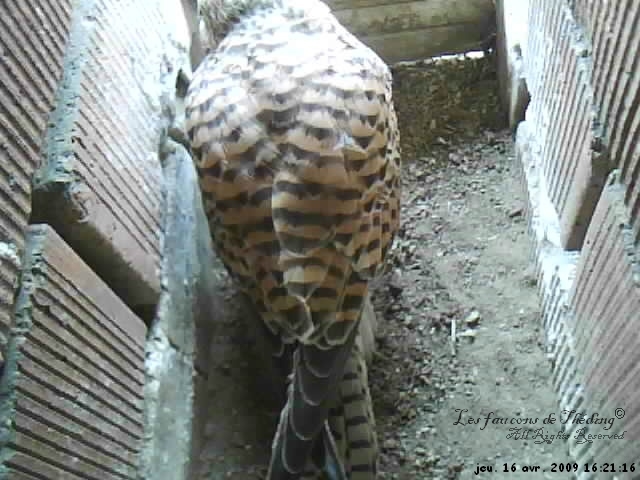 The female in the nest 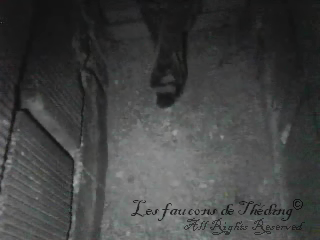 The female spends the night in the nest

First night of the female in the nest: the laying is close. Night vision. (22/04) 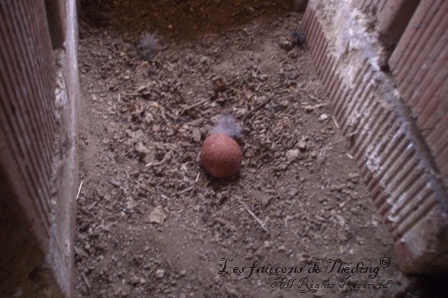 1 egg laid on 27/04. For other dates of laying, click on the button below. A thin layer of wood chips has been deposited to protect the eggs. 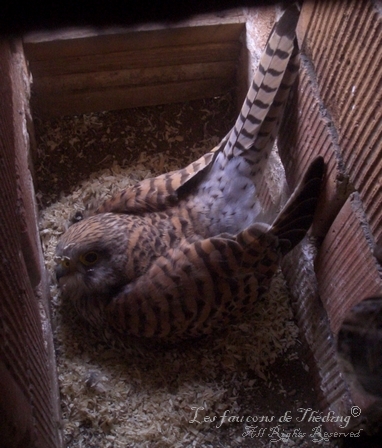 The female in the nest

Series of photos of the female in the nest 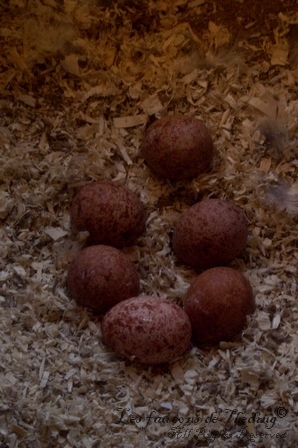 The 6 eggs of hawks

The last laid egg is always lighter in colour than the others, which means that the laying is complete ... and yet ... (07/05) 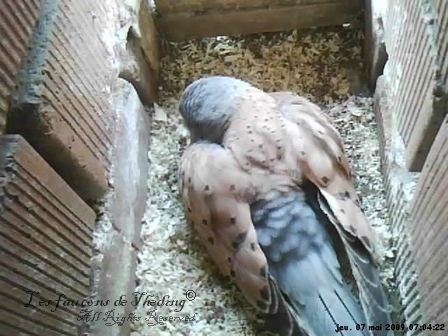 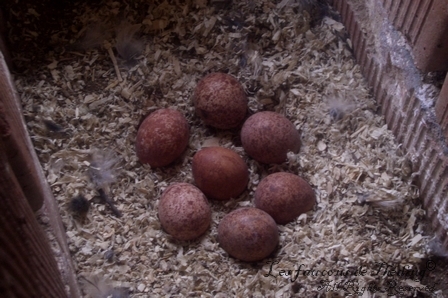 The 2009 adventure ends as follows: The male disappeared, the mother unable to insure all alone this work of couple abandoned the eggs.
What happened to the male? Is it dead? Was it just wounded and could it come back later to find its female and start again in another place?

Why have they laid so many eggs? Were they fertilized?
Maybe it was the first brood for these young parents?