The 2007 story of the kestrel in Théding: 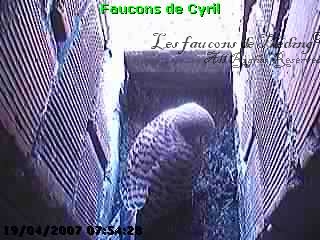 The female visiting the nest used in 2006. 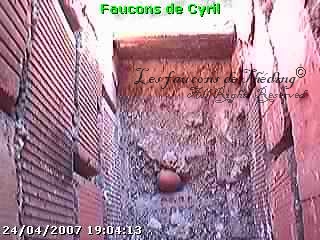 The first egg was laid on 23/04 in a 'niche' never used in the house, the egg is deposited directly on the stone. For other dates of laying, click on the button. 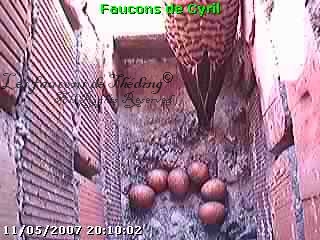 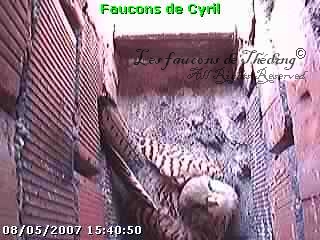 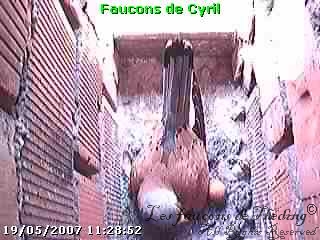 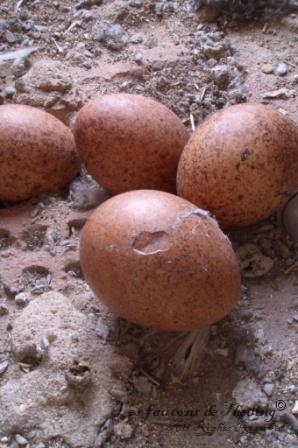 One of the eggs was damaged. He was eliminated by the parents a few days later. There are 5 eggs left. 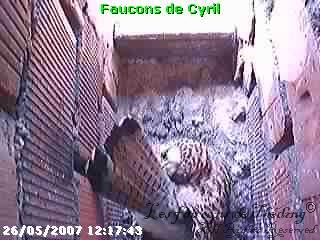 The female grooming itself. 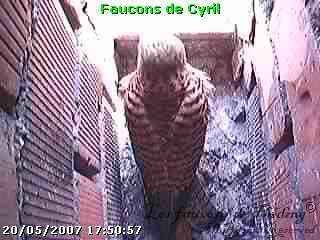 What is going on?

The female looks intrigued by something going on outside. 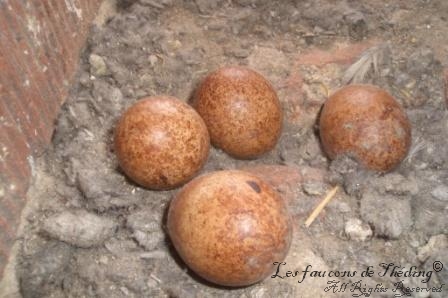 A second egg broke. He was eliminated by the parents. 4 eggs remaining. 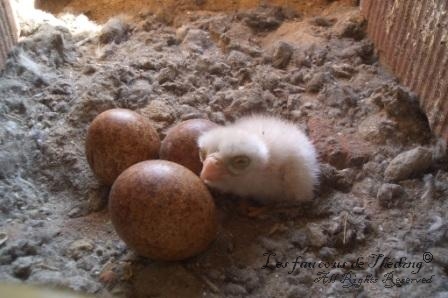 The first child was born on 05/06. To see all the videos of the Falaises de Théding Youtube Channel, click on the link. 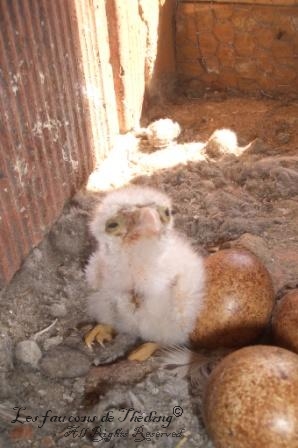 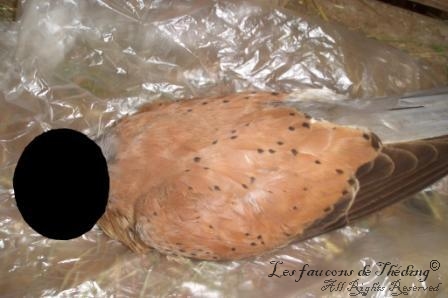 The mother recomposes herself to look after the little dog the male found dead a few meters from the nest; wounded in the head, surely killed by another falcon or a magpie or a crow. (06/06) 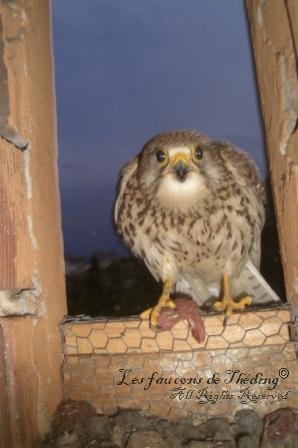 The female can not hunt and keep her child warm, a summer helped by the man: pieces of meat were provided to him. 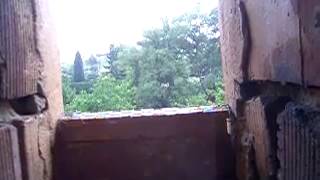 The female arrives at the nest ...

The return of the female to the nest: she is in a tree near her nest and keeps a close watch on her baby ... in that she sees something, she comes and attacks her; For example on this video where she directly on the camera that fell ... Video captured during an intervention at the nest to bring food to hawks following the death of the male. (09/06) 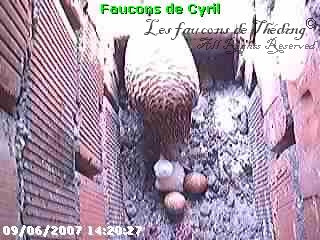 The female feeds her baby with the meat given to help. A third egg was also eliminated by the mother. (09/06) 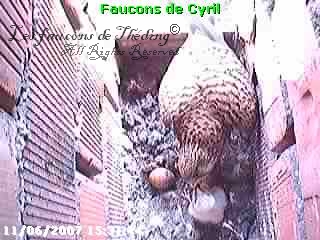 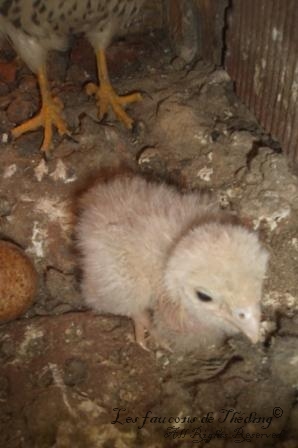 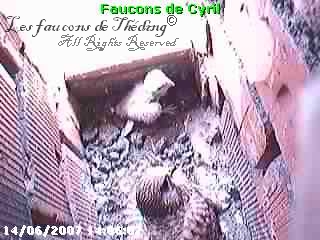 The female is still smoldering ... 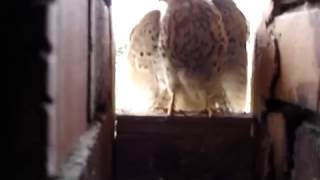 The female at nest

Video captured during an intervention at the nest to bring food to hawks following the death of the male. (14/06) 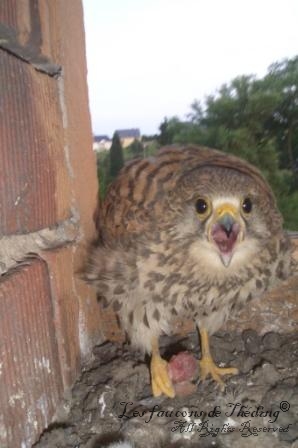 We continue to bring pieces of meat to the female who is struggling to hunt and protect her territory at the same time. 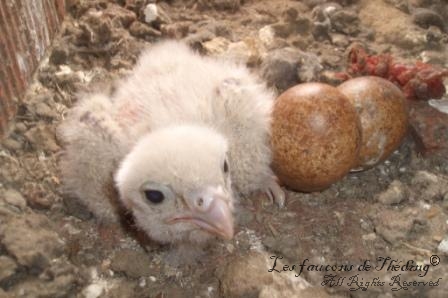 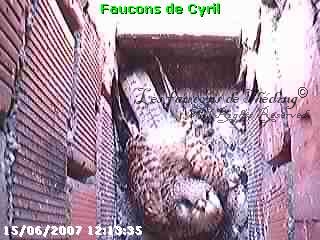 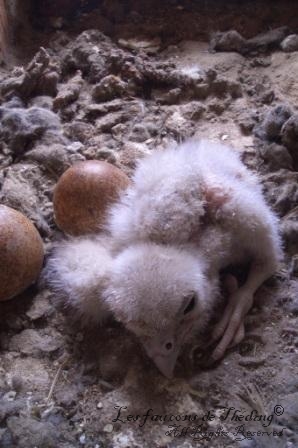 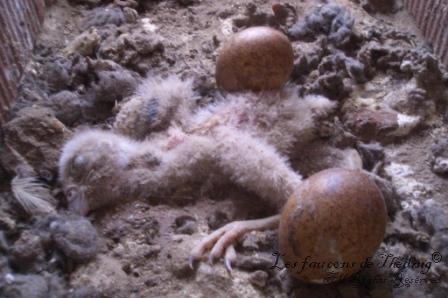 The death of the child 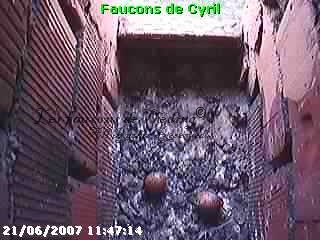 The mother leaves the nest. 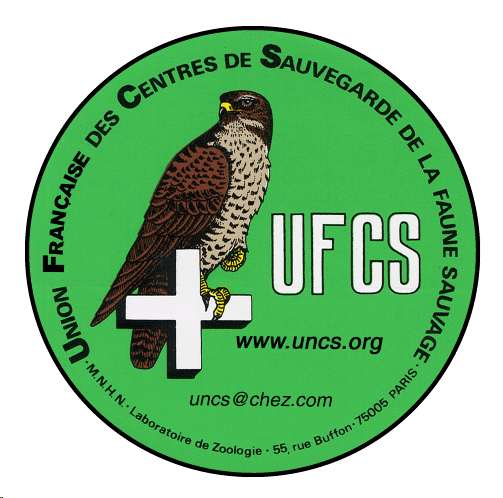 What to do with a young bird in distress?

If you find a raptor on the ground, check out the page "Save a bird" (click on the button below). Only professionals will be able to replace the breeding work of parents. In this 2007 season, the falcon was not separated from its mother, extra food added to the nest. Unfortunately, these efforts were not enough to save.